All The President’s Men 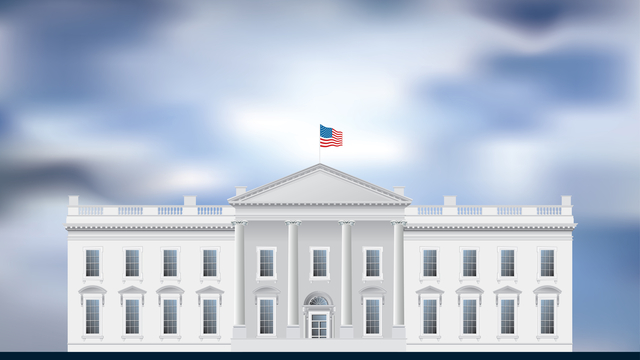 Posted at 13:58h in Blog
0 Likes
Share this Article

This week’s movie reference is the 1976 Academy Award nominated film “All the President’s Men” based on the book by Carl Bernstein and Bob Woodward, two journalists who investigated the Watergate scandal for The Washington Post. I love this film for many reasons (hard to hate a film that stars Dustin Hoffman and Robert Redford, just sayin’). In 1972, when the Watergate break-in occurred, I was only six years old.  And when the film came out, I was only ten. So later in my teenaged years when I was coming of age politically and trying to understand what all the fuss was about, the film was an easy entry point. It helped explain the Watergate story and the players in a way I could understand (and then seek to know more). But now, with the benefit of  time and perspective, it strikes me that this moment in history is pivotal to understanding the role the media plays in our lives today.

The Watergate scandal and the media’s role in exposing it was remarkable in many ways. But what I want to focus on is how it solidified a media posture, and countervailing industries, that we are now suffering from today. What Woodward and Bernstein (and all the schools of journalism that revered them) taught generations of journalists was that it was their job to uncover the dirty secrets that inevitably lurk below the surface of every White House, political campaign or public facing institution. Investigating and uncovering is the goal – the story is there, you just have to dig up enough dirt to find it. No leader can be trusted to be straightforward or transparent – there is always something they are hiding or not saying. As a journalist, then, your job was to discover what they weren’t saying or didn’t want anyone to know. It didn’t matter if the subject was the President of the United States, the President of the local university, or the President of the school board. Any statement to the media should be assumed to be not fully truthful and therefore must be questioned, investigated and tested. This became the prevailing mission and culture within media companies and schools of journalism.

Now to be fair, a vast and lucrative industry exists to counterbalance this – it’s called public relations. An industry I have participated in most of my working life. The goal of public relations is to “tell your story” before others tell it and to do that in a way that casts the most positive public image as humanly possible.

The award winning and popular AMC series “Mad Men” brilliantly depicts how the marketing and PR industries were just coming of age in the 1960s. So by 1971, it was still a fairly new concept that you could attempt to influence public attitudes and behavior using mass media (which seems remarkable to think about now).  For additional context, remember that 1960 was the first time the country every saw a televised Presidential debate (Kennedy vs. Nixon).

So backing up to get to my point… By 1960, 80% of US households owned a television – a massively historic and life altering new medium through which we communicated and transmitted news, information, art and culture. That same year we got the first actual live look at two Presidential candidates trying to differentiate their visions for the country. Then in November of 1963 President Kennedy was assassinated. And the image of little John-John standing on the steps of the US Capitol saluting the passing coffin went, what we now consider, viral. Americans were also seeing on their televisions racial unrest, riots and police brutality – that culminated in passage of the 1964 Civil Rights Act. In early 1964, Americans saw the fab four perform live on The Ed Sullivan Show and get rocket launched into super stardom.  In 1968, both Martin Luther King, Jr. and Robert Kennedy’s shocking assassinations ricocheted across the airwaves. In 1969 literally millions were glued to their televisions to see Neil Armstrong walk on the moon.

In the 10 years leading up to 1972 there was so much coming out of that little box in the living room it was staggering. And then in 1972, the Watergate hearings were broadcast and the change in our expectations of media were solidified. News had become drama. It was no longer good enough to just “report” the news in 30 minutes at the end of the day. News events and their coverage started to drive ratings. And a money-making news “industry” was born. As Woodward and Bernstein said, “follow the money.”

Public leaders of all kinds, becoming aware of how powerful those sounds and images were, sought out experts to help them “look good” and be “on message” when the cameras were rolling. The more intense and skeptical the media became the more pressure there was to create the needed “spin” to feed the media beast. The more sophisticated “spin” became, the more skeptical the media became – and reporting started to take on a more editorial nature. News, to gain ratings and advertisers, became a type of entertainment, and the celebrity news personality was born. I will return to this topic, and how we should “follow the money” in media in future posts. But, as I ponder the disappointing state of affairs with today’s media landscape, it has me wondering if it’s time to re-examine the media’s main mission. I don’t want to suggest that there is not a place for healthy skepticism and investigative journalism. That is important and will always be needed. But is this investigative mission the “end-all-be-all” of the media’s purpose today?

As an example, how would the world be different if the media viewed its primary mission as being the conduit to developing social empathy? Isn’t that the essence of storytelling? We tell stories to gain an understand and perspective into someone’s experience that is not our own.  We tell stories to understand parts of the world we’ve never been to, or periods of time we have difficulty relating to from our own experience. The Bible is the ultimate example of the beauty of storytelling to inspire and instruct. Every time we engage a book or movie that is a biography, autobiography, memoir or is “based on true events” we are seeking to understand a moment in history or how a person navigated obstacles, successes or both. We love this stuff!

In the telling of these stories there still may be an interpretation of facts that occurs, but the purpose of that interpretation would be wholly different. Rather than try to expose some hidden fact or “truth,” the point would be to help us “see” and understand why people’s views and actions are driven by their experiences – and may be different from our own. The “truth” as they live it and experience it. Imagine the power that mission would have to bring us together around the common values we share as Americans (of which there are many).

I realize there is not currently a market for what I am describing. The current media environment is driven by market forces that incentivize ratings, click throughs and page views – obtained most readily by stoking controversy, division and outrage. If we want to change what we currently get – what started in the early 1970s – we will have to change the path for following the money.