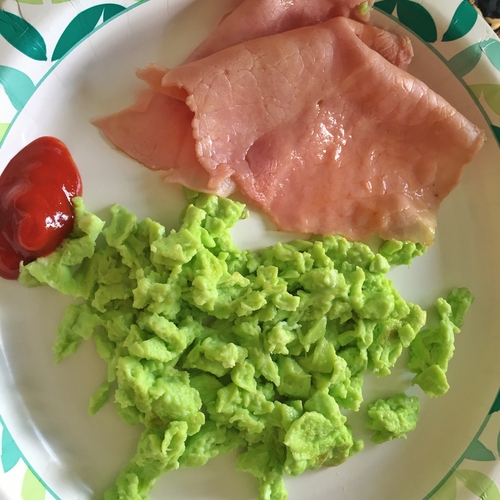 Posted at 12:16h in Blog
0 Likes
Share this Article

I generally use this space to explore my fascination with communication – what makes it work or not work. What persuades some people to buy a product or support an issue while others are not convinced? I’m also fascinated with the role of the media in our national communication. Is their primary job to inform us – as a public service? Or is it to entertain us – as a for-profit entity?

When I combine my love of communication with the role of the media, and sprinkle in some national politics, well that’s when things get super exciting!

They say they do everything big in Texas – even their breakfast bread. So it wasn’t all that surprising this week when Texas Governor Gregg Abbott announced that he was lifting all COVID related restrictions and “opening Texas 100%.”  Go big or go home. Well, the media when berserk. Most headlines and talk show pundits focused completely on the “lifting of the mask mandate,” and did so dripping with judgement. They juxtaposed the decision against the CDC and other health experts who had been advising that now was not the time to lift restrictions and that things are still very dangerous with the new variants emerging that are still little understood.

Here was the opening sentence of the story on ABCNews.com: “Texas is lifting its mask mandate, Gov. Greg Abbott said Tuesday, making it the largest state to no longer require one of the most effective ways to slow the spread of the coronavirus.” No judgement there…I feel the need to state my position here that I find this quote from ABC News to not be respectable journalism. Any publication or journalist that presents facts in this judgement-laden way is attempting to persuade, not inform. That is not journalistic integrity in my book. And while I’m picking on ABC here, this same angle of coverage held true across virtually all the media outlets I saw report on this story.

Let’s take a look at what Governor Abbott actually SAID.  Governor Abbott made it clear in his executive order and his remarks that what he was doing was eliminating the state mandates. He didn’t say, “stop wearing masks!”  He said that it wasn’t the state’s job to require them. Here is an excerpt from his remarks:

“Make no mistake, COVID-19 has not disappeared, but it is clear from the recoveries, vaccinations, reduced hospitalizations, and safe practices that Texans are using that state mandates are no longer needed. Today’s announcement does not abandon safe practices that Texans have mastered over the past year. Instead, it is a reminder that each person has a role to play in their own personal safety and the safety of others. With this executive order, we are ensuring that all businesses and families in Texas have the freedom to determine their own destiny.”

In addition, the Governor made it clear that businesses could still require masks and limit capacity depending on local circumstances. But the media didn’t cover this perspective because the Governor’s approach is based in a value set that is different then their own.

Now, to be fair to all sides, I believe strongly that leadership matters in these times. Abbott should have made it crystal clear that he thinks masks are important and people should continue to protect themselves and others by wearing them. He certainly could communicate the value of personal responsibility alongside his message of individual freedom and less government overreach. But so too could the press have been more honest about what Abbott was actually doing – rather then simply covering it as if he were irresponsible or an idiot or both, as the coverage implied.

On the anniversary of the late author’s birthday, Dr. Seuss Enterprises announced this week that they would no longer publish six specific books because they determined “These books portray people in ways that are hurtful and wrong.” Said another way, but not in their words, they determined that these six books, in particular, contained insensitive and racist imagery.

Oh boy. You can imagine the reaction. Conservatives went bonkers – exclaiming that Dr. Seuss had been “cancelled.” The media ate it up (and ratings soared!). This story had a solid 24-hour- plus news cycle covered by all major news outlets morning, noon and night. It was everywhere. House Minority Leader Kevin McCarthy said that Dr. Seuss had been “outlawed.” Fox News proclaimed “Dr. Suess silenced.” According to one source, before 9 am Tuesday, Dr. Seuss had been mentioned more than 30 times on Fox News and Fox Business. The day after the nonstop media coverage Dr. Suess books dominated Amazon’s top 10 list. Late night shows had a field day.

Okay – let’s take a breath and look at what actually happened. A private company who owns the right to the content decided it would no longer sell or print these SIX books based on their internal review process and determination that the imagery was not up to their own standards (a decision I support). While there were some concerns in the past several years raised by educators and others, this was not a reaction to a high-profile political correctness shaming campaign. They heard some concerns, created a thorough review process conducted by experts and made a company decision about content they own. No books were banned or outlawed or pulled from library shelves. And to be clear, these are six books you’ve probably never heard of. Nothing is happening to One Fish, Two Fish or Green Eggs and Ham. The Cat will still be in his hat. The Grinch will continue to steal Christmas. Everyone just calm down.

But just like in Texas, the facts were selectively presented based on what a particular audience might find disappointing or shocking. In both cases the media contorted these stories to further their own interests and brand’s. This is happening every day, all day. Regardless of what point of view you support, you are not getting all the facts. We have to start calling this out for what it is and asking more of those who purport to give us the “news” each day. Let’s start distinguishing “news” outlets from entertainment factories.