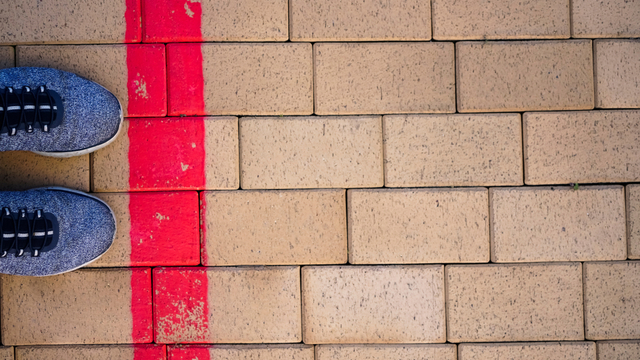 Posted at 10:49h in Blog
0 Likes
Share this Article

Today’s song reference has the happy bonus of also being a movie reference – Johnny Cash’s “I Walk the Line”  (and the parallel movie depicting Cash’s life, Walk the Line, featuring the extraordinary performance by Joaquin Phoenix.)

“Because you’re mine, I walk the line.”

Even if you’ve never heard the song (which should be a crime…), all you need is that one line, and you know what the song is about. Love has a way of keeping us on the straight and narrow, despite our less noble urges. This comes to mind because last week Governor Andrew Cuomo resigned from office due to the consequences of a New York Attorney General report that investigated allegations of sexual harassment by the Governor from 11 women.

Now before you think this is a political hit piece, I actually thought Cuomo was a fairly decent chief executive. I don’t agree with his politics, but he’s Italian and I kinda like that no-nonsense, New Yorker, “take no prisoners” style he has about him. His COVID press conferences were ones I found to be professional, informative and entertaining. He’s a skilled public figure – quite good at the “family business,” so to speak.

I really only paid attention to Cuomo when he made national headlines. I had no other reason to follow the happenings in New York State. And now the more I know about him, the less I like. But this is a blog about communication, so let’s stick to that.

Cuomo is an extremely skilled and disciplined communicator. He uses language deliberately and purposefully. Here is an example from his COVID press briefing on March 17, 2020, responding directly to people who are upset about business closings. He says he’s responsible for those closings and people can be mad at him, but that he is doing what he thinks is in the best interest of the state in an effort to contain the virus.

I’m not the only one who thinks Cuomo is a good communicator. In November of last year, the The International Academy of Television Arts and Sciences decided to award Cuomo with an Emmy for his coronavirus briefings!  I’m not kidding! (story here)

Despite this communication talent, last week in the process of the highly unusual act (for him or any elected official) of resigning his office, he put me completely over the edge because of something he said – that was clearly premeditated and deliberate. It reveals a lot about him and many others like him.

Here is what he said:

“In my mind, I’ve never crossed the line with anyone, but I didn’t realize the extent to which the line has been redrawn. There are generational and cultural shifts that I just didn’t fully appreciate, and I should have.”
(full transcript of Cuomo’s resignation speech is here.)

Achem.  Here’s the deal Mr. Governor. The line never moved. It has not been redrawn. It was always there and you and others like you just didn’t think it applied to you – and there was no cultural will to call you on it — or more accurately, no cultural support for those who would point out that you had blown past it.

Take a look again at what he said. “In my mind, I’ve never crossed the line with anyone, but I didn’t realize the extent to which the line has been redrawn. There are generational and cultural shifts that I just didn’t fully appreciate…” Wow.  So he’s the victim here. You see that right?  In his mind he didn’t do anything wrong, and the rules have changed and now he’s a bad guy. He’s innocent and actually the victim of a political, shall I say… witch hunt. He’s resigning because that is what will avoid a messy drawn out, expensive, distraction.  Hmmmm.

Here’s the thing, the New York Attorney General’s report detailed allegations from ELEVEN women, all of which were interrogated and substantiated.  How do you cross “the line” eleven times and not know it? That only happens if you don’t think there is a line, or you don’t think it applies to you. And in either case it’s because you hold the position of power.

Andrew Cuomo clearly liked being in charge. He liked being in a position of power, and he took complete advantage of that power. Much has been written and said about the strategies and tactics he employed to stay in power. He was so good at staying in power that at the end of the day he had virtually no allies.

I am not completely comfortable with everything that has gone on under the umbrella of the #MeToo movement. I worry that men in positions of power will begin to treat women differently out of fear of being accused and cancelled. (I had a college professor who refused to meet with female students without someone else present, but had a different standard for male students…. Imagine if a CEO took that approach.)

I am thankful that many true creeps, misogynists and predators have been revealed and striped of their power. But I think it’s really important to see what Cuomo’s statement reveals about men like him. He does not think he is part of the problem. He thinks he’s not capable of sexual intimidation or harassment. While there are nearly a dozen women (and possibly more) who will tell us a completely different story.

Harvey Weinstein knew there was a line. He got a rush out of using his power to cross the line and get away with it. What makes the men like Cuomo dangerous is their utter lack of self-awareness. Their inability to see the responsibility that goes with being a position of power over others. They can’t walk the line, because they don’t see that there even is a line.

Johnny Cash:  “Because you’re mine, I walk the line.”

Andrew Cuomo:  “In my mind, I never crossed the line.”