You Can’t Handle the Truth! 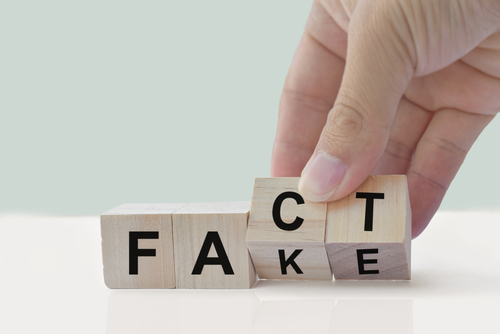 Posted at 10:47h in Blog
0 Likes
Share this Article

One of my favorite movie quotes is from the famous scene in A Few Good Men when Jack Nicholson, as the tough Marine Colonel Nathan Jessup, and Tom Cruise, the hot shot Navy prosecuting attorney, have a testy exchange and in a fit of passion Nicholson blurts out “You can’t handle the truth!”

I was reminded of this great movie moment last week when I saw the motion to dismiss that was filed by Sidney Powell’s lawyers in the $1.3 billion defamation lawsuit filed by Dominion Voting systems.  Others have covered this story extremely well (a couple of good examples here and here) and so I am not going to rehash it all. I’ll just cut to the chase — the bottom line is that the motion to dismiss argues that “no reasonable person would conclude that [Powell’s] statements were truly statements of fact.”  Uh, what?

Yes, you read that correctly…  Powell’s attorneys insist that since Powell’s allegations about Dominion were political in nature that they were “prone to exaggeration and hyperbole” and “that reasonable people would not accept such statements as fact but view them only as claims that await testing by the courts through the adversary process.”

So, let’s just review what this means. An accomplished attorney representing the President of the United States repeatedly gave speeches and went on national television making extremely serious claims about the integrity of our elections – the very heart and soul of our democracy – but “no reasonable person” was supposed to believe that she was stating facts?

I consider myself a fairly cynical person, but the cynicism it takes to make this argument is staggering. It’s hard to even wrap my brain around it given the implications of what is being said here. If you buy this argument, then it would seem to mean that nothing that is said related to anything political can ever be counted on to be true – particularly if it’s said in front of a camera. If that is really what is being argued here, then it feels like a huge moment of national loss.

I miss the good old days when there were the facts and then there was the “spin” – a particular take on the facts that one political side might take versus the other. My favorite (and very unsexy) example is from when I was working on Capitol Hill and Republicans held the majority in the House of Representatives. As conservatives in those days our policy priorities often involved trying to slow the growth of government, particularly entitlement programs. And in trying to restrain the runaway growth of these programs, we got accused of “cutting” vital and popular programs like Medicare. The facts were that the budget for Medicare continued to grow – just at a slower rate. But the “spin” was that it was a “cut” in funding.

But the Sidney Powell defense takes this to a whole new dimension. There are no longer facts and then a creative perspective on those facts – referred to as spin. Powell’s attorneys are suggesting that there is no longer an obligation to be bothered by any facts when speaking in the public square, because “reasonable people” would surely know that the statements aren’t factual. And worse, anyone engaged in these types of discussions or debates should be assumed to be making false claims. What this tells me is that we have so blurred the line between news and entertainment that these lawyers think everything is simply political theatre and entertainment – and that’s a legal defense. And they don’t just think this, they think all “reasonable people” think it.

I think I’m a reasonable person. And I’m counting on leaders of all kind to speak the truth as best they know it. I need that from elected leaders, business leaders, members of the media, judges, doctors, teachers, religious leaders, non-profit leaders, my friends and neighbors. And I think that most days I get that. I’m cynical so I know I get “taken” from time to time, or fall for spin. But for the most part, I think I live in a country where most people are trying to do their best and not pushing falsehoods just to line their own pockets. That’s called integrity, and it’s something we value as a culture.

But by not being able to distinguish between public discourse which is meant to inform and that  which is meant to entertain, we have created an environment in which it may be impossible to gain or keep public trust. I do not want to live in a culture where it is assumed that what people say is NOT true. Or where every “claim” is one that needs to be tested in court. We cannot accept that as the standard.

If Powell truly thinks “no reasonable person would conclude that [her] statements were truly statements of fact,” then what the hell was she doing? I can only think of two answers to that question. She either just wanted to be famous (and subsequently rich), or she was knowingly trying to persuade millions of Americans – including the Commander in Chief — to believe something she knew was false.